Pep has been in the fight game since 1990, initially through his involvement in martial arts for a decade. In this time he achieved an Australian National Title, made the Australian Under 18’s Squad, and was chosen for Olympic Trials in 1996.

Pep moved into boxing in 2000 and found his calling in training others. He learned to be a trainer under the late Laurie Hamer and Geoff Peterson. Pep has also gained formal training qualifications through Boxing WA and Combat Sports.

Pep draws on a wide range of skills and strengths when training fighters, including:

Pep has trained high-level fighters including former Australian Heavy Weight Champion Wild Bill Nasio. His fighters have achieved a variety of titles and experiences while training under him including: 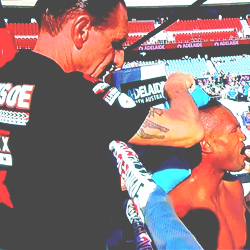 Dom has been in the boxing world for 3 decades. He is known as the “eagle eye”, as he picks up minute details that make the biggest difference when training fighters. Dom brings a wide range of strengths and skills to training fighters including:

Dom also acts as the cut man in the corner for professional fighters fighting out of the Agoge Boxing Gym.

Fighters training under Dom have achieved various titles and experience including:

Formerly GloveworX Agoge Boxing Fitness Gym in Myaree is centrally located in the southern suburbs, in the Perth to Fremantle corridor. The gym was set up to bring fitness to the general public with Agoge Boxercise classes held 6 days per week.